Other Articles by Roisin Linnie 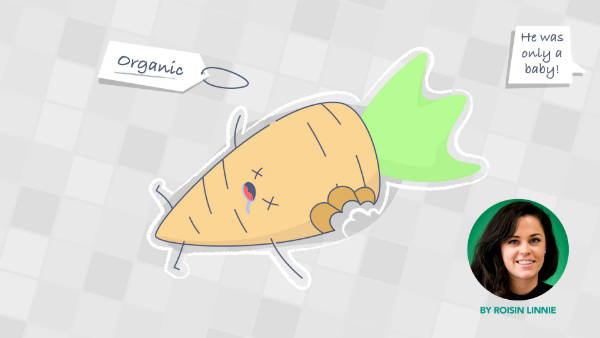 Facebook updating their algorithm caused quite a bit of a stir earlier this year. The Cambridge Analytica scandal caused an even bigger stir which let chatter about algorithms dissolve into the ether. Let’s not forget how important that algorithm update is for Facebook advertisers. What does it actually mean for your company's Facebook page and brand in general? More importantly, what should you do about it. I've been looking at the numbers and am here to answer those questions.

What the Zuck is Going On?

On 11 January 2018, Mark Zuckerberg announced that Facebook would be actively reducing the number of posts everyone sees from businesses, brands and media. Instead, the news feed would now prioritise content from friends and family in an effort to "encourage meaningful interactions between people".

I found it really telling that Facebook was tending to stay away from any talk of Facebook Ads, instead focusing on the organic reach of pages and the impact of user engagement on that reach. If you've been click-baiting, you're really going to pay for it!

All of this is compounded by another change Facebook made to their organic reach metric in February. Previously, Facebook was counting every time your an unpaid post loaded in the newsfeed, regardless of whether it was actually seen by anyone or not. Now, Facebook will only count an organic post view when it actually appears on screen, in front of a user. While this leads to more accurate data, it’s an important consideration as we try to better understand what all these numbers Facebook reports on actually mean.

Right, so Facebook is claiming to be favouring personal content over content created by organisations and brands, but what's the actual impact? Well, I went digging and looked the performance of Facebook pages with a combined 8 billion organic impressions over two years to see if there was a discernible drop in organic reach.

First up, I ran the numbers to check out Facebook’s measurement methodology change that I mentioned earlier. The social media giant previously announced that advertisers could expect to see a 20% drop in organic reach purely as a result of Facebook changing how they measure that particular metric. From the 8 billion organic impressions my report looked at, there had been a 20% drop in organic reach, lining up with Facebook’s previous estimates. That was a great litmus test to run, showing the dataset is representative of Facebook’s wider community as a whole. Next up; that pesky algorithm change.

my research shows organic reach has dropped by a massive 34%

With Facebook tweaking their algorithm, they had steered clear of using cold hard numbers to indicate what all this change means for advertisers. Using the same data set  8 billion organic impressions, my research shows organic reach has dropped by a massive 34% drop since Zuckerberg made the announcement about Facebook's algorithm.

What Can Your Brand or Business Do About It?

The social media giant regularly masquerades as a platform that's "for the people". Honestly, that's because without the people they've lost their core product for advertisers to take advantage of. This is key. Facebook has been heavily investing in innovation and has even begun to surpass Google AdWords in some areas. By reducing organic reach under the guise of an improved user experience, Facebook turning the screw on brands, forcing them to increase their social spends. I did some digging in our dataset and since the start of 2016, social spends have increased by 181%.

social spends have increased by 181%

This isn't necessarily a bad thing as Facebook's advertising innovations have been mightily impressive. One such area is ROPO or "Research Online Purchase Offline" which helps marketers measure the offline impact of online activity.

ROPO has helped our multichannel clients internally demonstrate to key stakeholders in their own business just how wide-reaching influence of digital ad spend is. On top of direct and assisted conversions, digital spend is creating in-store footfall ready to convert on the spot. We've seen social ROPO reporting indicate for every €1 spent online, between €5 and €10 spent in store involved a social touchpoint.

ROPO is just one of Facebook's many innovations in recent years and along with Dynamic Product Ads, Facebook Canvas and Collection Ads, Facebook has become an advertisers paradise. You could argue that Facebook’s apparent weakness in the fallout of the Cambridge Analytica scandal is also showcasing its greatest strength; incredibly targeted advertising.

The only thing that's really changed is Facebook has become more ‘pay to play’ than ever before.

While brands are being hit by drops in organic reach to the tune of 34% since Mark Zuckerberg's algorithm update, organic reach has been in decline for some time. Most successful social brands probably haven't felt the pinch as they are likely already leveraging Facebook's suite of advertising options from Collection Ads to Canvas Ads, made visible by a 181% increase in social spending since the start of 2016. Check out the steadily increased interest in Facebook ads over the past five years

If you're not already taking advantage of Facebook advertising, I'm afraid the drop in organic reach means it's now time to pony up or ride off into the distance.

In the launch video for Wolfgang Bites myself and Al discuss the Facebook algorithm change and what it means for brands.