In many industries, you see competitors advertising on each other’s brands on Google.

This Advertising Standards Authority of Ireland (ASAI) case taken by DPFOC against Wolfgang was a result of an inventive, if immature on my part, brand-bidding battle.

There had been a bit of tit-for-tat with both agencies advertising on each other’s brand. 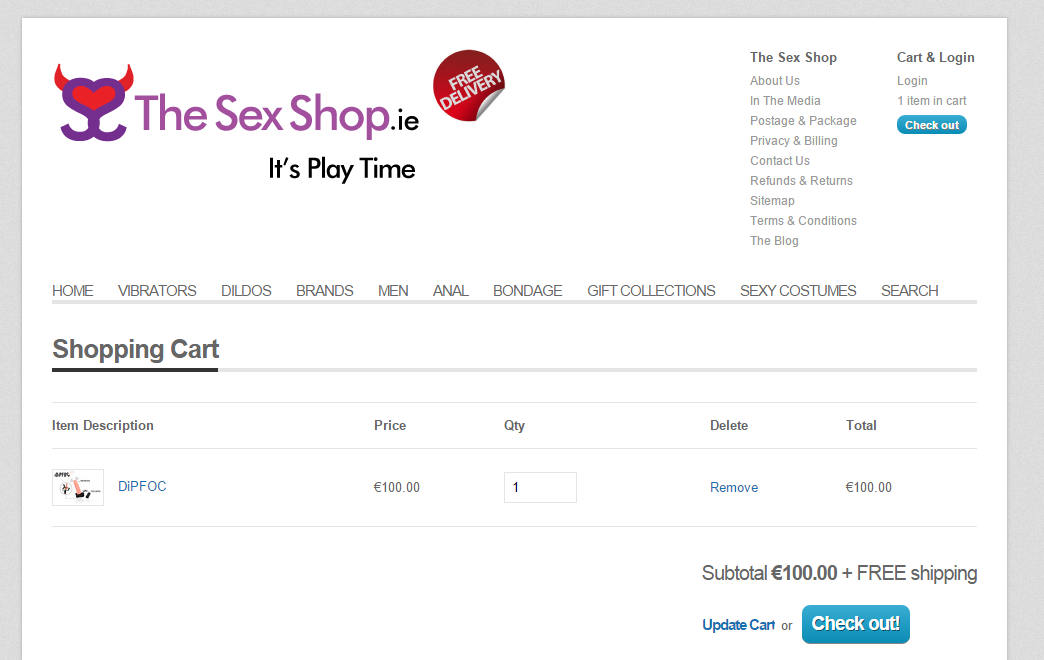 Shortly prior to this ‘digital marketing dance-off’ between the two agencies, Google had changed its policy on how it shows ads, broadening the scope by allowing ads to show for misspellings. This expanded the potential reach of ads but also increased the likelihood of a mistaken ad view.

So by us search marketing our new vibrating strap-on called “The DiPFOC”, it was possible that searchers for “DPFOC” on Google would be exposed to the ad. 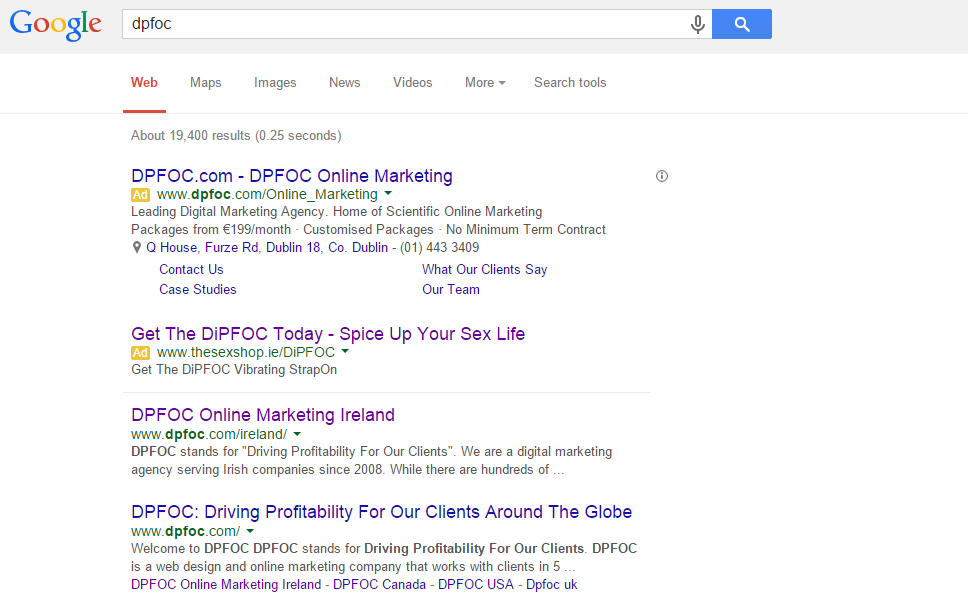 We marketers obsess over our brands. Sometimes our passion spills over. Now that the fire of the ‘brand battle’ has dissipated, it’s obvious to me I overstepped the mark here.

There are shady-operators aplenty in our industry, but DPFOC are among the good guys. They run a good business and do good digital marketing. I’ve apologised to them for the prank. As a gesture of remorse I’ve made a donation to the DPFOC partner charity.