Battle Of The Internet Giants August 2020 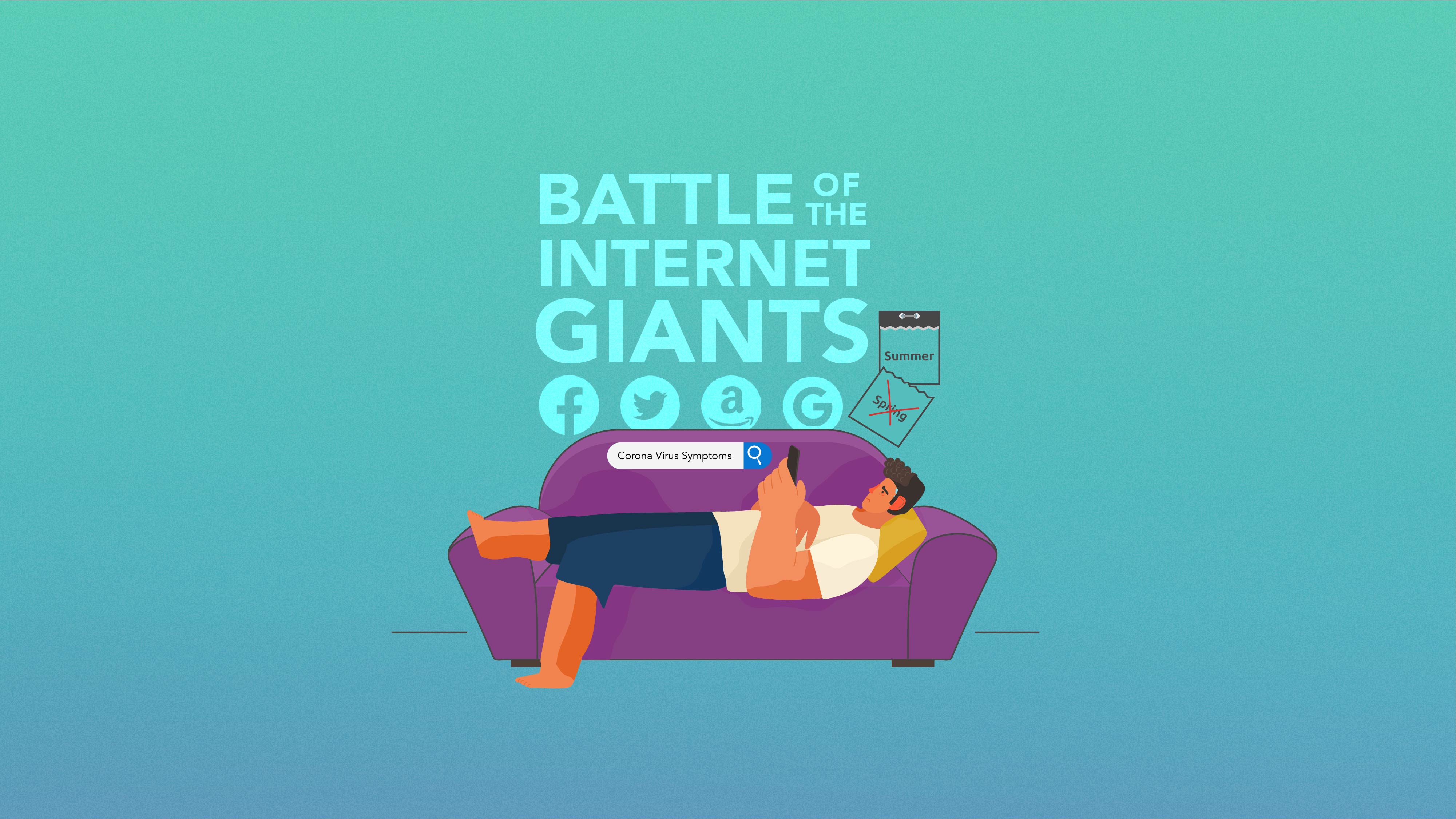 In last month’s On The Money report we detailed how online retail grew 100% on pre-Covid levels during Q2.

Today we scrutinise the Q2 reports of the Tech giants to garner further insights into the new Covid normal we are living through.

There are a multitude of crazy things happening in the world at present. I'm putting my marketing hat on to discuss Q2 here. It may read a little cold to the various crises, it’s not the case that at Wolfgang we don't care about the issues, we do. In this post we are analysing troubling global events from a digital marketing perspective.

Facebook’s refusal to remove the President of the USA’s post threatening “when the looting starts the shooting starts”, was the straw that broke the camel's back and sparked an advertising boycott of the social media giant in Q2.

The #stophateforprofit boycott included advertising giants P&G, Walmart, Coca-Cola and Geiko who, along with another 1,000 companies, turned off their Facebook ad spend for the entire month of July.

How much damage did this do to Facebook’s bottom line?

An estimated $30 million drop from the top 100 advertisers in July.

Basically little to no damage. Despite the advertising boycott, the small matter of the Corona pandemic and large scale civil unrest in the US, Facebook actually managed to grow advertising revenues by a standout 10% in Q2!

3 reasons as to why:

1. As Zuckerberg explained on the earnings call “Some people…  wrongly assume that our business is dependent on a few large advertisers”. Facebook had 9 million advertisers in Q2. This longtail of advertertisers makes for a highly resilient revenue base.2. Lockdown and Civil Unrest drove people onto social media. 'Face-in-fone time', measured in Facebook ad impressions increased by a staggering 40% during the quarter. This is a remarkable reversal, since 2017 marketers have been fretting about a stifling combination of Facebook ad inventory reaching saturation point and rising CPCs. In Q2 2020 when the world spent 40% more time glued to their smart phones, Facebook CPCs actually decreased by 21%. 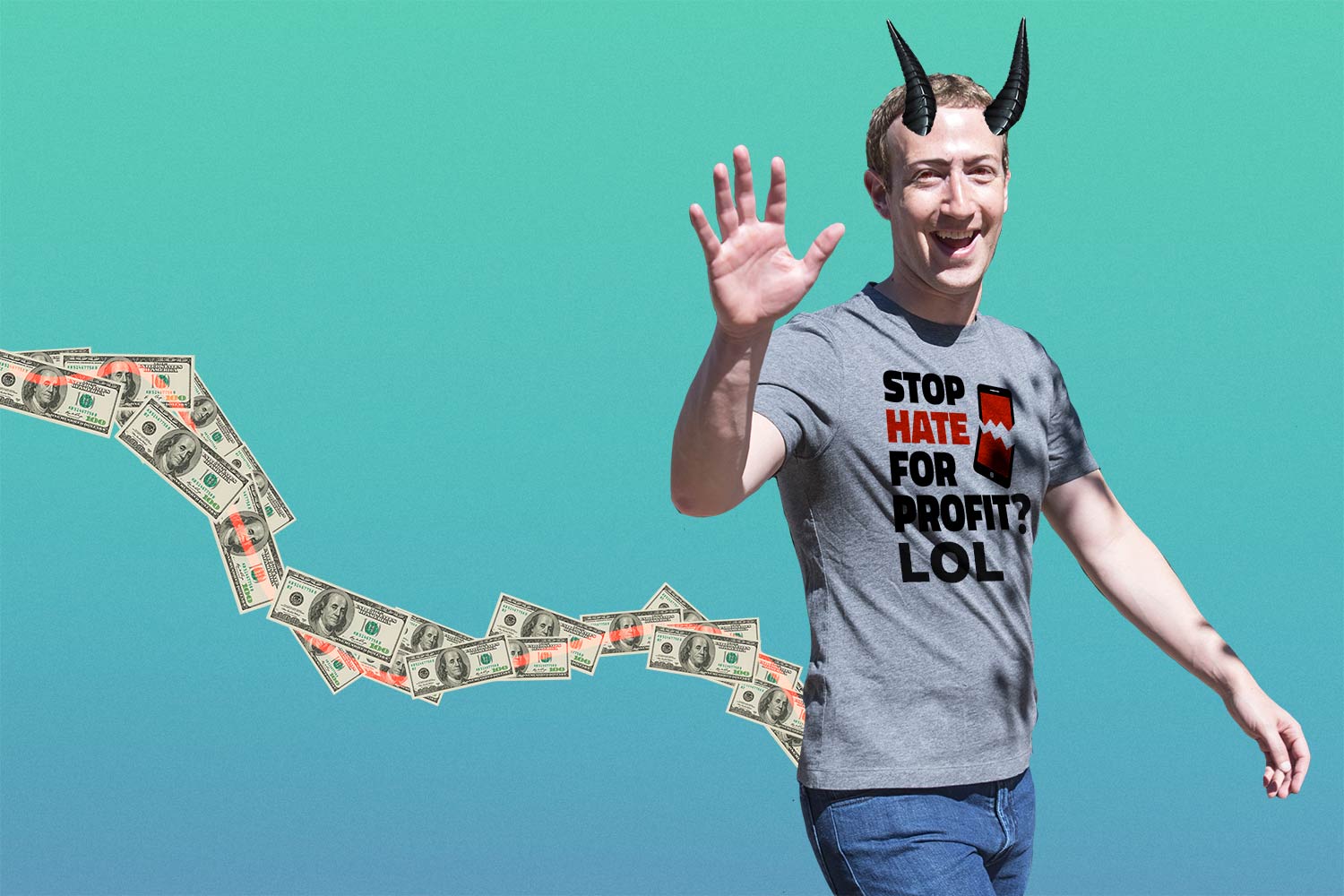 2. Lockdown and Civil Unrest drove people onto social media. “Face-in-fone time”, measured in Facebook ad impressions increased by a staggering 40% during the quarter. This is a remarkable reversal, since 2017 marketers have been fretting about a stifling combination of Facebook ad inventory reaching saturation point and rising CPCs. In Q2 2020 when the world spent 40% more time glued to their smart phones, Facebook CPCs actually decreased by 21%. 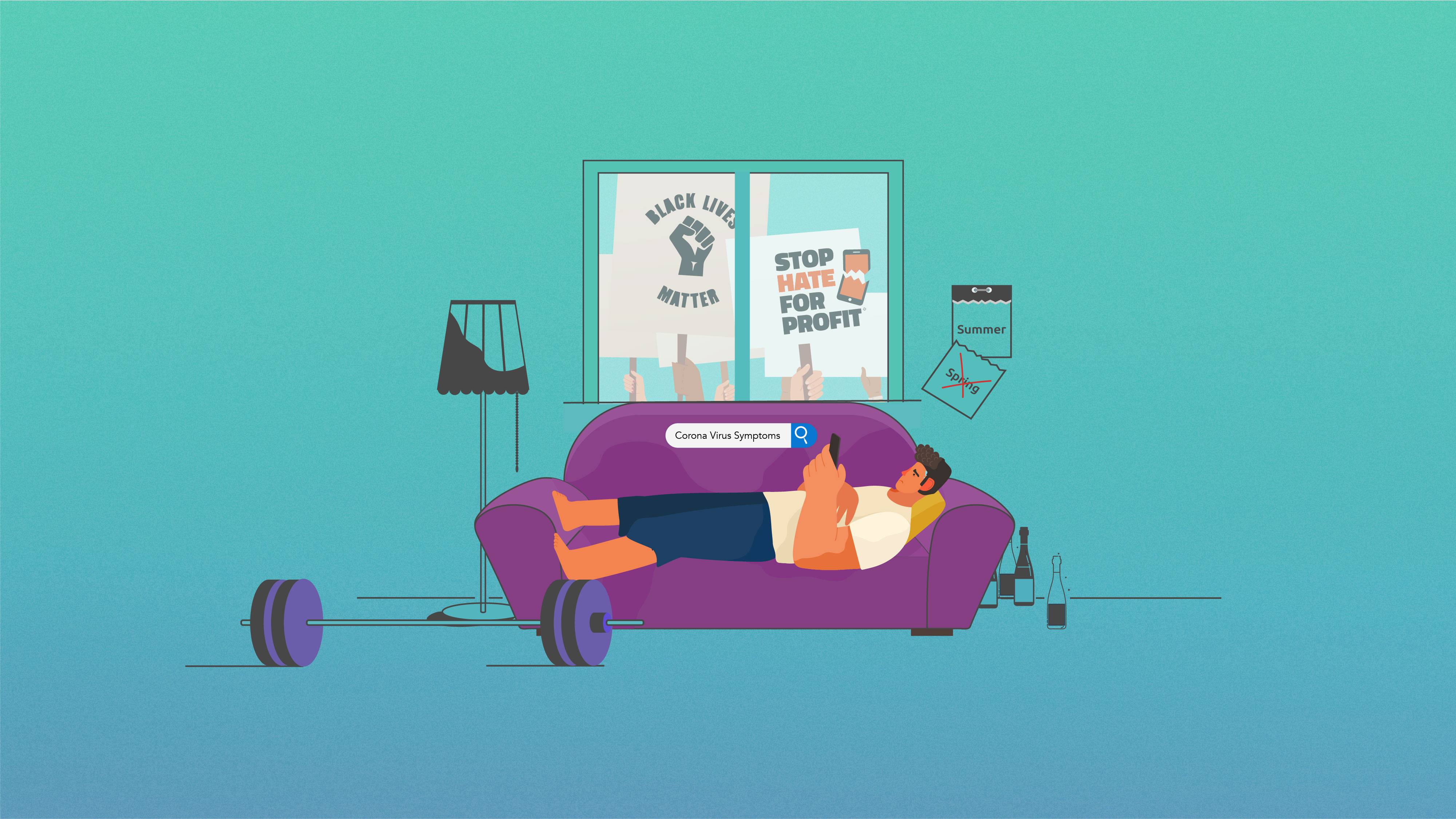 3. Because Facebook's ad platform is a real time auction, cost per clicks increase and decrease based on demand and supply conditions in the very second an ad is triggered.

When supply of ad impressions increases by 40%, CPCs go down.

The combination of the above Supply and Demand factors has made Facebook advertising cheaper and more effective than it’s been in years. Meaning boycotting advertisers have actually made one of the most effective marketing channels cheaper for their non-boycotting competitors. Incentivising the non-boycotters to increase their advertising activity.

Google reported its first ever year on year advertising revenue decline in Q2. Advertising spend was down 2%. Search was down 10% as search behaviour shifted from commercial searches (e.g hotel in Paris) to informational searches (eg Coronavirus cases Paris). Both Google and its advertisers make bank from people clicking on ads. If you are a Google search advertiser you’ll be pleased to know Google revealed commercial searches were back closer to normal levels in June.

YouTube was actually up 6% year on year. This was from increased eyeballs and some spillover spend from advertisers such as Starbucks deciding rather than turn off all social media spend as part of the boycott they would move it from the more offensive platform of Facebook to YouTube and Twitter.

How did Twitter, the news social network perform during the most news stuffed quarter in our lifetime?

They grew monetizable daily users by 34% yet suffered the largest decline in ad revenues of the Tech giants, losing 23% of revenue year on year.

Twitter actually hid the President of the USA's “when the looting starts the shootings starts” tweet yet were still boycotted by a number of brands who chose a blanket social media boycott. This boycott is far more damaging to Twitter than Facebook. Twitter is much more beholden to large brands. There just isn’t the volume of traffic available for small businesses to be bothered with sponsored tweets. 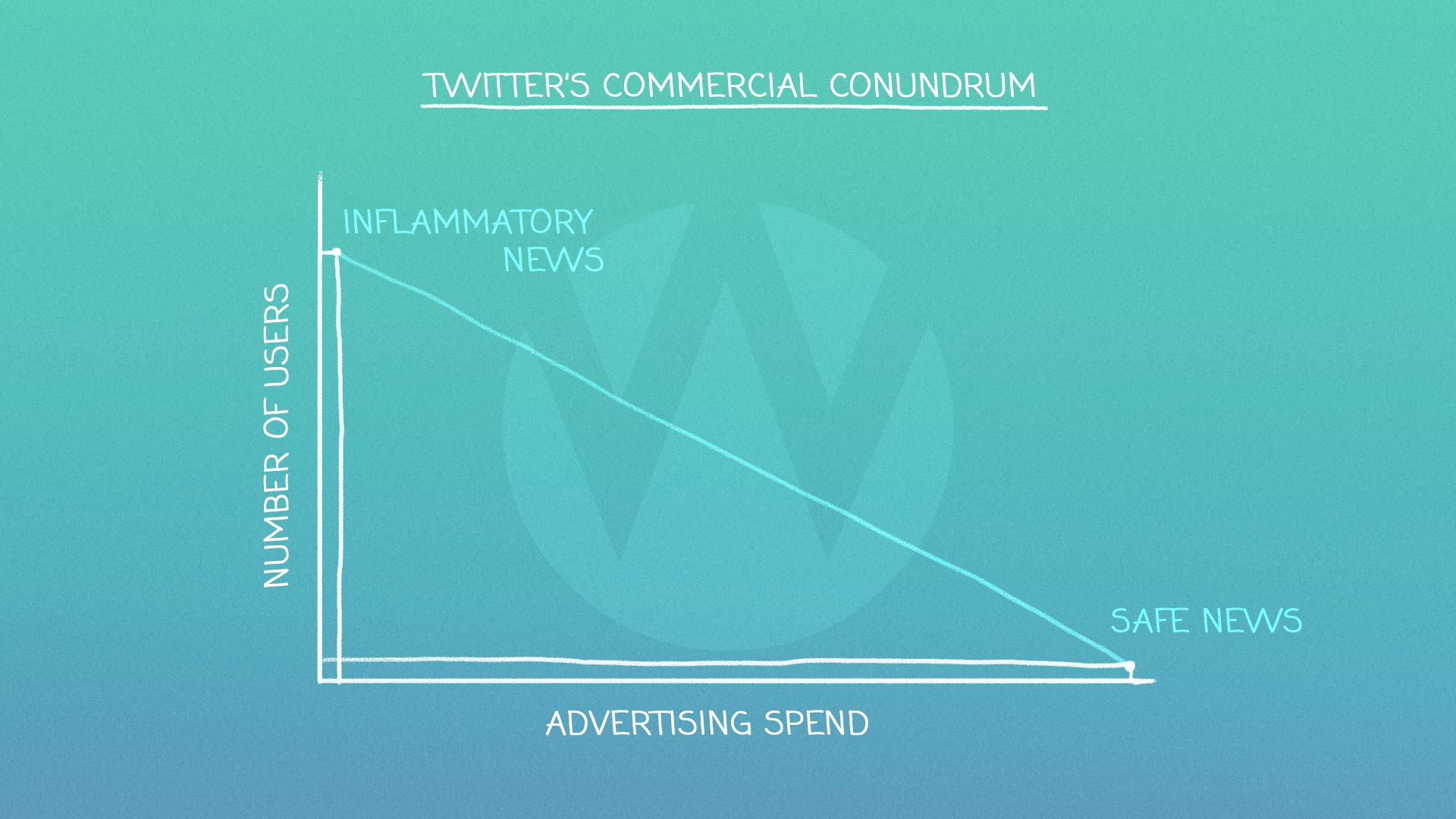 Twitter acted quickly to address this strategic contradiction. In July they posted a cryptic job position which suggested they were testing a subscription model business where users, possibly those with lots of followers, would pay to use the platform. Their stock jumped 7% the day they posted the ad. Wall Street is red hot for the idea, Twitter’s users may be lukewarm at best.

Christmas came early for Amazon who had a stonking 3 months with 50% growth in ecommerce across the Amazon Store and 3rd party sellers. 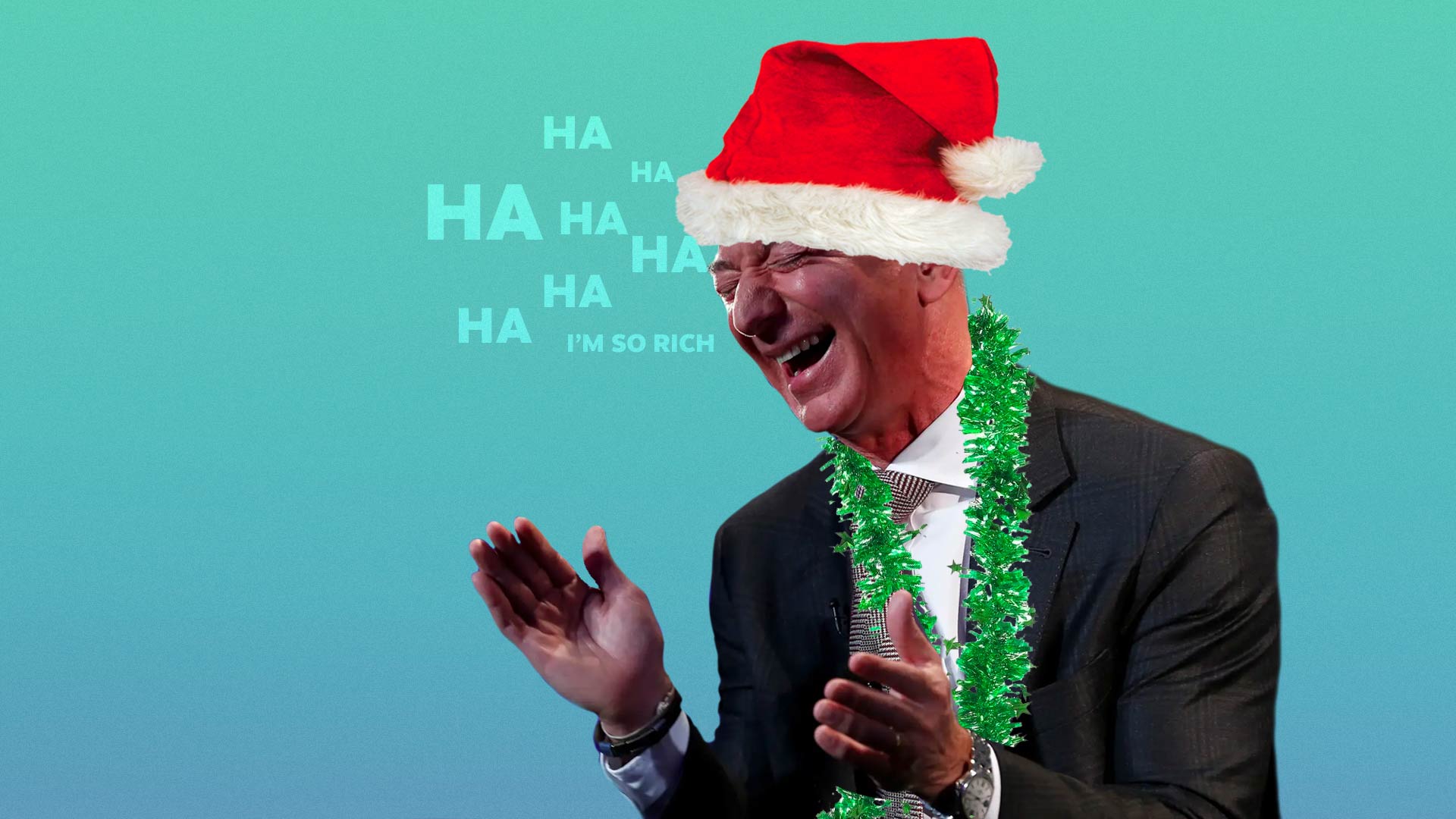 Despite forecasting a loss, Amazon made their largest profit to date. Jeff Bezos hates making a profit, as his view is profit means he is investing too little in R&D and paying too much tax. He promised to spend all Q2 profit on Covid proofing his supply chain. It's likely some of that massive investment went towards expanding his grocery delivery logistics.

Grocery delivery is about the bulkiest delivery Amazon could take on, and it was a major area of growth in Q2, trebling year on year.

Emarketer has revealed grocery delivery is “both the fastest-growing and least penetrated ecommerce category.”

Music to Jeff’s ears. The Amazon modus operandi is to get in early and establish a dominant position, use the new business as a value-add to all customers via Amazon Prime, make Amazon’s competitors Amazon’s customers,  then sit back and watch the market grow.

Big 4 Tech firm CEOs Sundar Pichai, Tim Cooke, Mark Zuckerberg and Jeff Bezos recently found themselves being grilled via Zoom at an antitrust hearing. This antitrust case could be a defining moment in Big Tech. Google and Facebook would not be with us today had Microsfit not suffered a similar prosecution 20 years ago.

We'll cover it in detail in our next Battle Of The Internet Giants post.

There’s never a dull month in the fastest moving industry in the world.