Battle of the Internet Giants: iPhone or Android, Which Users Spend More?

This crucial question has become even more important now Apple has launched an assault on online advertising and on Facebook advertising in particular.

The battleground for this assault is the intersection of Apple’s 1 billion iPhone users and Facebook’s 3 billion users across their family of apps (Facebook, Instagram, WhatsApp and Messenger). 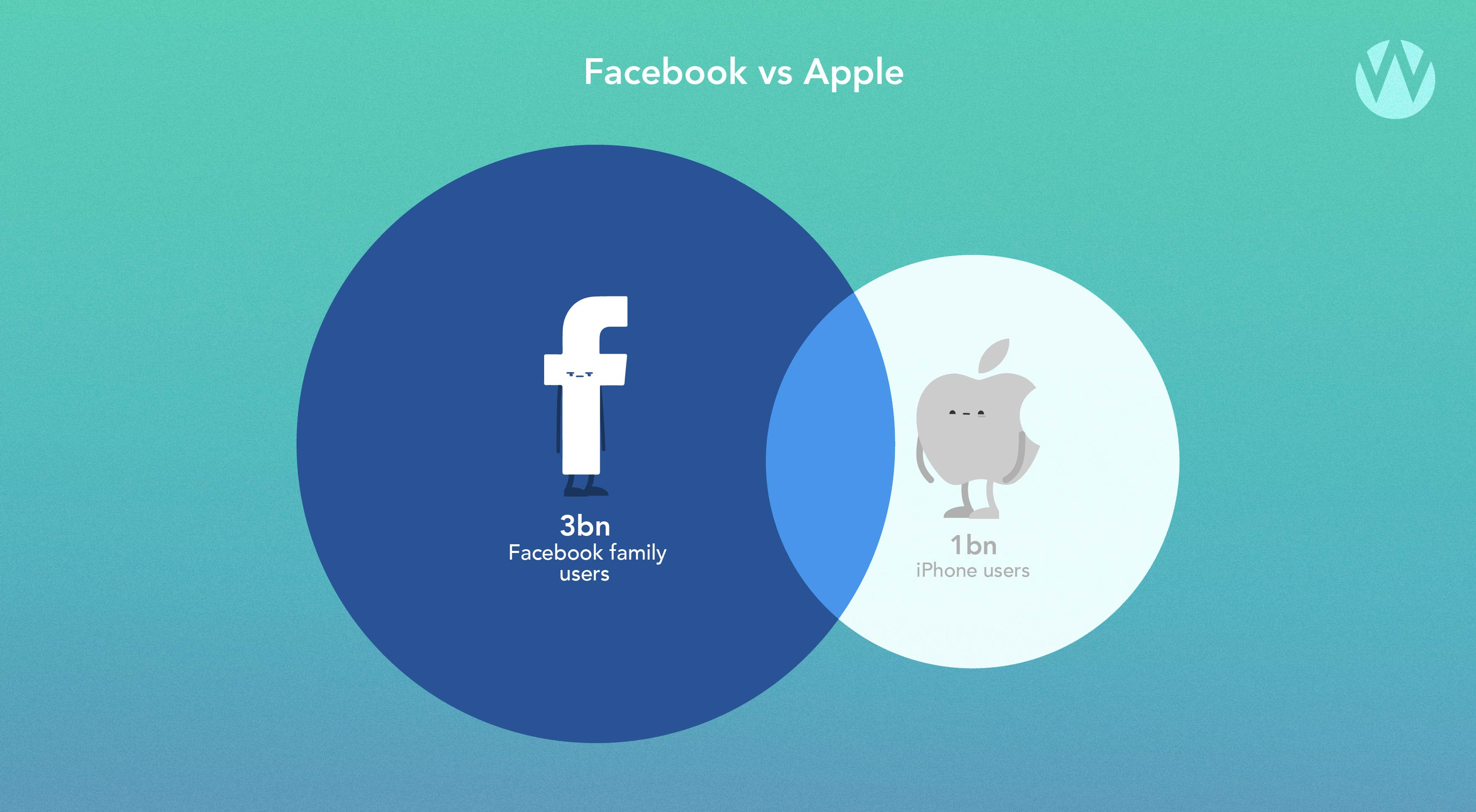 Apple’s Weapon Of Mass Marketing Destruction being deployed on this battleground is the iOS14 update which requires users to opt-in to be tracked by Facebook and other apps as they browse the internet on their iPhone. Users who don’t opt-in to tracking will continue to see just as many ads on their Facebook and Instagram feeds, they just won’t be reflective of their recent internet browsing behaviour. The result? The 'opted out' user sees less relevant ads and the advertiser sees lower conversion rate.

This presents a Lose-Lose-Lose situation for the user, advertiser and Facebook. So, should advertisers abandon targeting iPhone users and focus their efforts on the more targetable, more plentiful segment of Android users?

DO SO AT YOUR PERIL!!! We’ve found that Apple’s high rolling customers don’t exclusively spend large on their smartphone.

According to our data set (€1 billion in mobile revenue since 2017), the average transaction on an iPhone is 26% higher than that on an Android! So even if the conversion rate on an iPhone reduced by 20%, that iPhone traffic will still be relatively more valuable than the Android alternative. 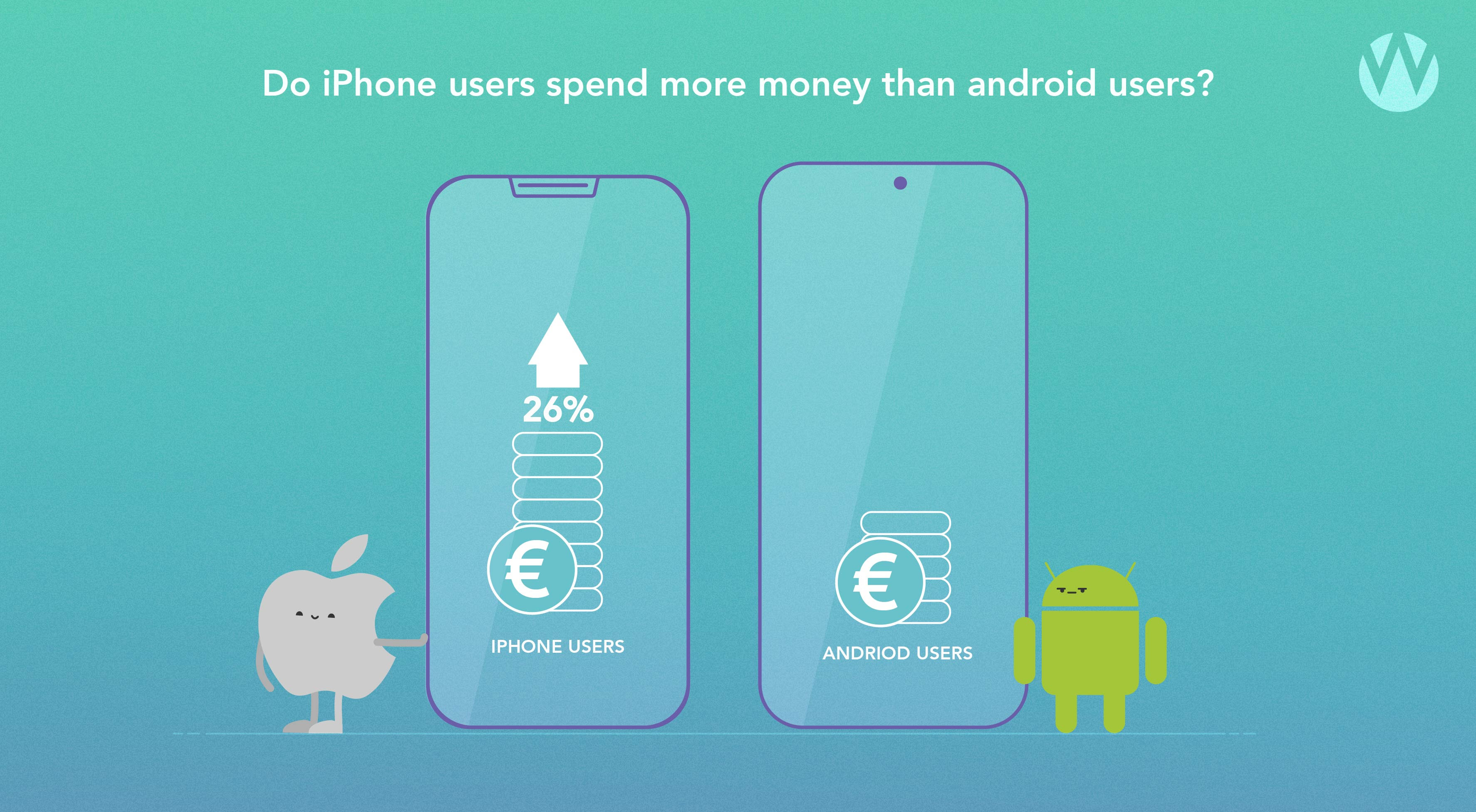 What are the consequences of some digital marketing becoming less targeted? Will ad spend move back offline?

There are 4 factors that drove online ad spend from less than 15% of total ad spend to more than 60% over the last decade:

Facebook (and Google) enjoy the largest reach of any advertising entity in the history of the world. All of the 3 billion Facebook users will still see the same amount of ads. Reach is unaffected.

Our understanding of the change is Facebook can still target their users based on everything they do in a Facebook app, but they can no longer see what those users are doing on the rest of the internet, such as shopping for shoes. This means targeting will suffer, in particular, targeting of those ROI-heavy “People About To Purchase”.

As targeting decreases, ad relevancy will decrease and cost per click will most likely rise marginally. Despite this, advertisers will still favour the ability to pay based on clicks rather than impression based pricing used offline, and actually used by Apple's new underperforming search ads.

Our understanding is the fundamental KPI's for Facebook advertisers (Impressions, Clicks, CTR, Conversions, Conversion Rate, CPA and ROAS) will still be available in the Facebook Ads Manager. And all Facebook metrics within Google Analytics will still work fine. So measurement for the most part will remain the same.

Reach and Measurement will be the same as they ever were. For marketers who don’t adapt to the new landscape: targeting will suffer, there will be a knock on effect from this on CPC's and ROI.

How does a marketer adapt to thrive amidst Apple's assault on Facebook advertising?