Equality, Diversity and Inclusion: How Wolfgang are Proactively Closing “The Gap”

Other Articles by Ciara Brady 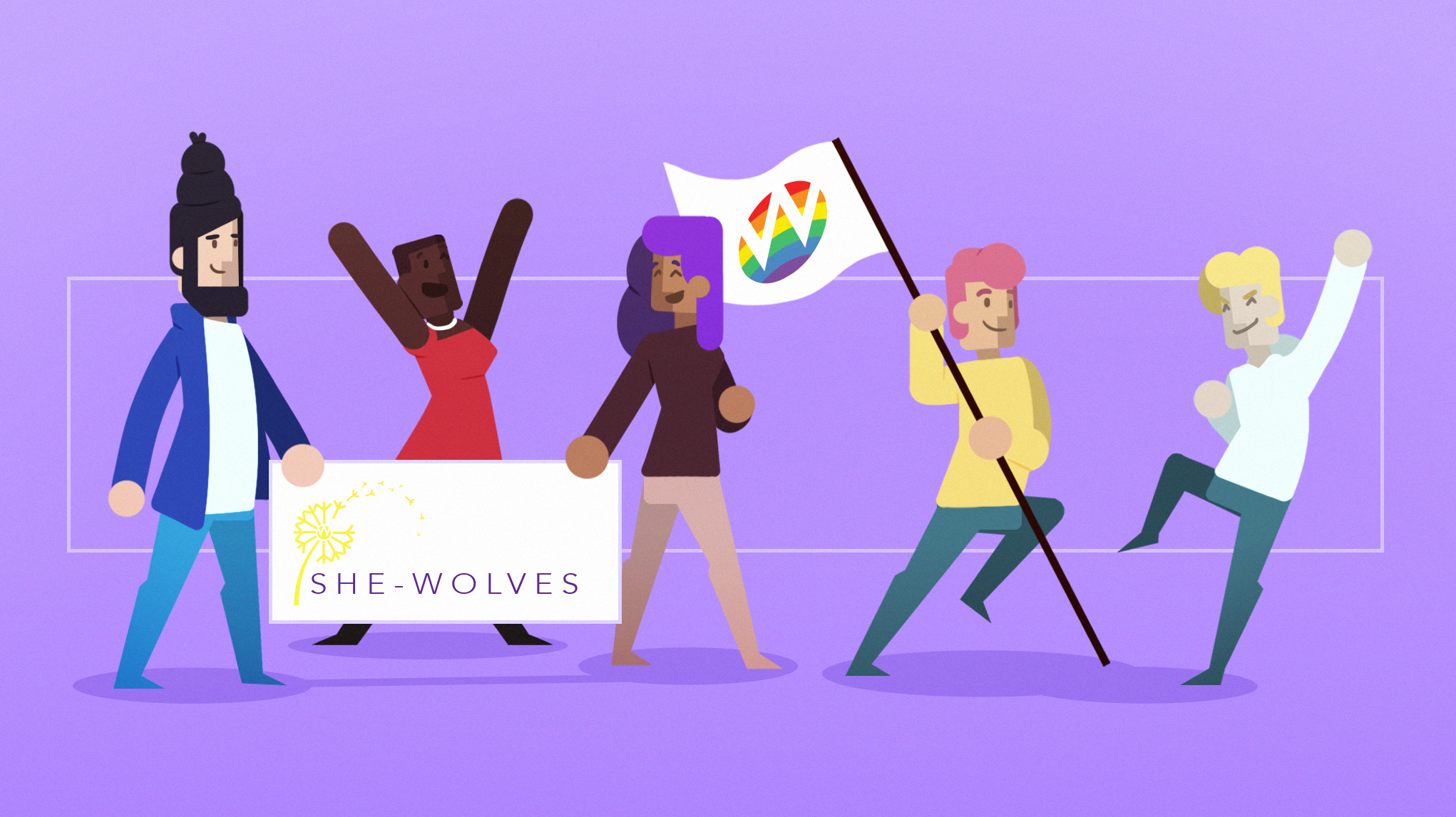 At Wolfgang, we understand that for great work to happen we need a workforce that reflects the world around us. That’s why we’re committed to creating a diverse and inclusive workforce, where everyone can be their true authentic self. It’s what makes our team so special. Over the last number of years we’ve been working hard to create a more inclusive Wolfgang. We’ve addressed unconscious bias in the workplace, the lack of female representation at senior board  level and promoted gender equality and employee diversity through a number of different Wolfgang initiatives. Our  ongoing  commitment  to the promotion  of gender equality and diversity  is driven by the tangible benefits we see in our individuals, teams and the organisation as a whole.

Gender equality has been high on the agenda for Wolfgang Digital for several years now. In  our infancy, hiring practices were influenced by unconscious  bias,  resulting  in a male  dominated senior tier of the company. Of the first 10 hires, only one was female.  Al shared the story of our journey from unconscious bias to better balance when we first compiled our figures in 2017.  Since this startling realisation, we’ve worked really hard to redress this imbalance while also developing  and implementing a number of initiatives to further promote diversity in the workplace. 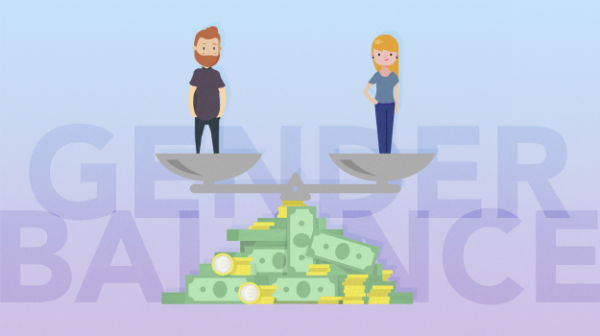 Every year, we calculate and publish our gender equality position across a number of metrics including pay, seniority, public speaking and blogging opportunities. Having ‘Run the Calc’, we know that new female employees are joining Wolfgang with the assurance that they’re being paid equitably and will have equal access to career development opportunities. There are strong progression opportunities for the females of Wolfgang. Out of eight departments, five are currently headed by women. This makes for a more balanced leadership team and a more balanced future for the top of the organisation. 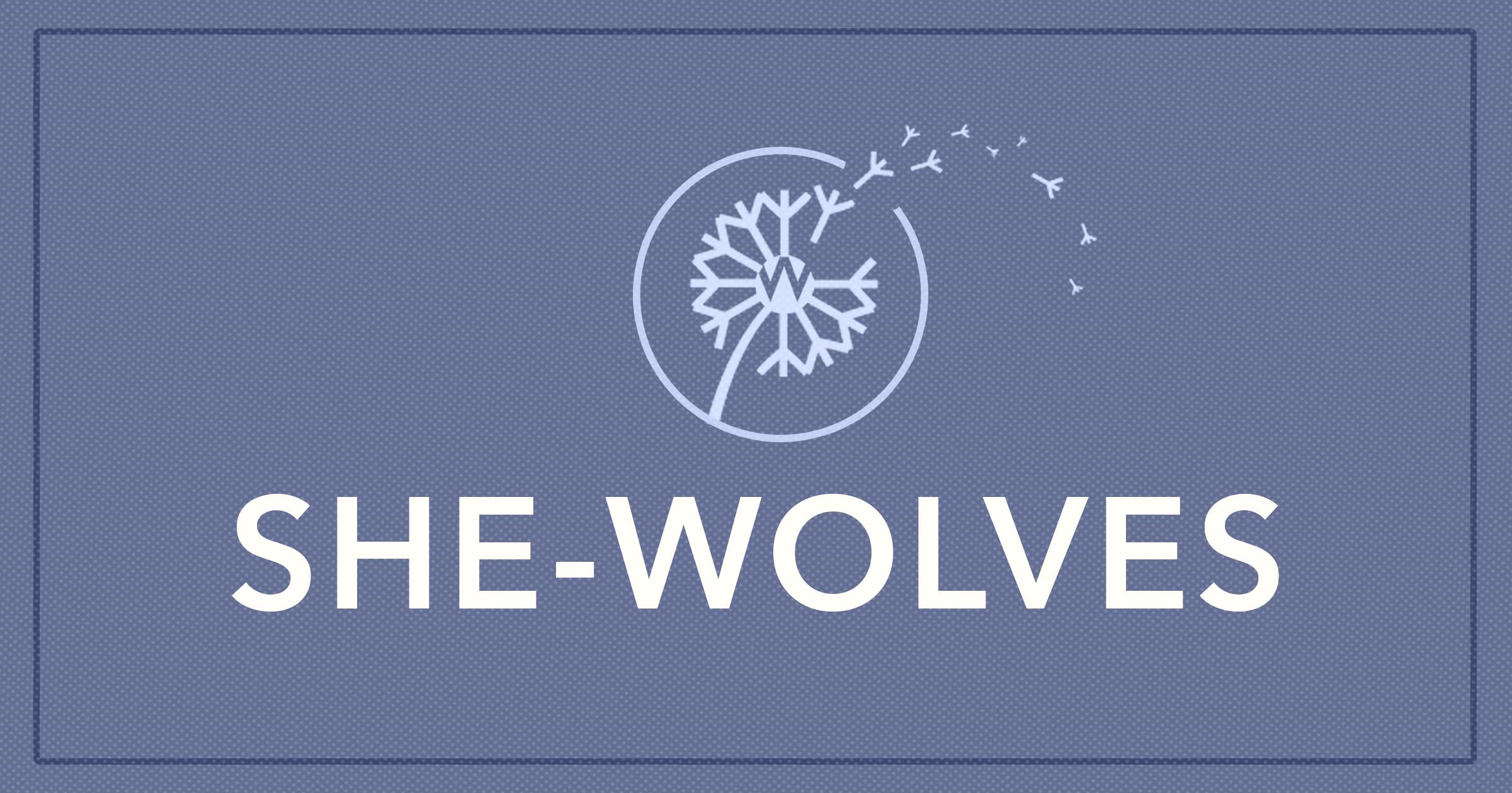 During our research into gender bias in the workplace, we found data that mirrored behaviour we had been seeing in our own organisation; a reluctance from women to put themselves forward or speak out in certain situations. This is not because they are less capable, but because of unconscious bias that works against them.

As a result of this finding, our director Deborah formed the She-Wolves initiative, to help the women of the workforce navigate our way through the working world. The aim of the group is to provide support, encouragement and inspiration to the women in our organisation through a mixture of workshops, guest speakers and shared experiences.

Wolfgang’s female cohort meet every few months to  discuss challenges facing women in the workplace, find inspiration and provide each-other with practical support and encouragement.The group discusses research in the area and helps one another with positive strategies to combat everyday bias and sexism.

We also invite guest speakers, women in positions of leadership, to talk to us about their journey to success. In 2018, Lisa Myers - CEO of Verve Search UK, spoke to the group about starting and running her own business in a male dominated industry.

Our next session is on ‘Gender Bias in Language’ which will feature a discussion panel on how language contributes to the societal imbalances of status and power in working and life environments.

Initiatives to support gender equality are very often the first, and only inclusive tool thoughtfully applied in many cases. While easy to measure and important to implement, it is vital to see beyond gender equality and into all aspects of diversity.

Understanding the difference between diversity and inclusion is crucial . Diversity is any element that can be used to differentiate groups or people from one another (e.g. gender, age, sexual orientation, ethnicity, and disability). Inclusion is a state of being valued, respected and supported. It generates a sense of belonging.

A culture of inclusion is essential in order to harness the power of individual diverse elements. Thus, our most recent initiative in diversity and inclusion in the workplace was born...Pride Pack. 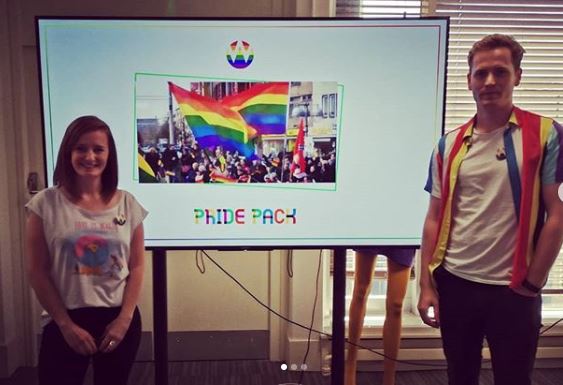 Pride Pack is Wolfgang’s network for LGBTQ+ employees & allies, which offers support and education to all Wolfgang staff on why Pride is such an important movement and as important today as ever.

We believe that fostering a safe & supportive environment will enable a better workplace for all, regardless of their sexual orientation or gender identity. Our inaugural session was held during pride week in June where we spoke about the 50th anniversary of the Stonewall Riots, Declan Flynn & Pride in Ireland, and why Pride is still important in 2019.  Our next session will take place later in the year; where we’ll be talking about the coming out process and how to be a good ally when somebody comes out to you, encouraging people to live their lives openly and confidently.

The Pride Pack is not just an educational forum, we'll also be proactively reviewing company policy to ensure it protects & supports the LGBTQ+ community. Part of our vision for the company is to be a powerful force for good in the world. Earlier this year we won the first ever Diversity, Inclusion and Equality award at the European Search Awards, one of our most valued awards of all. 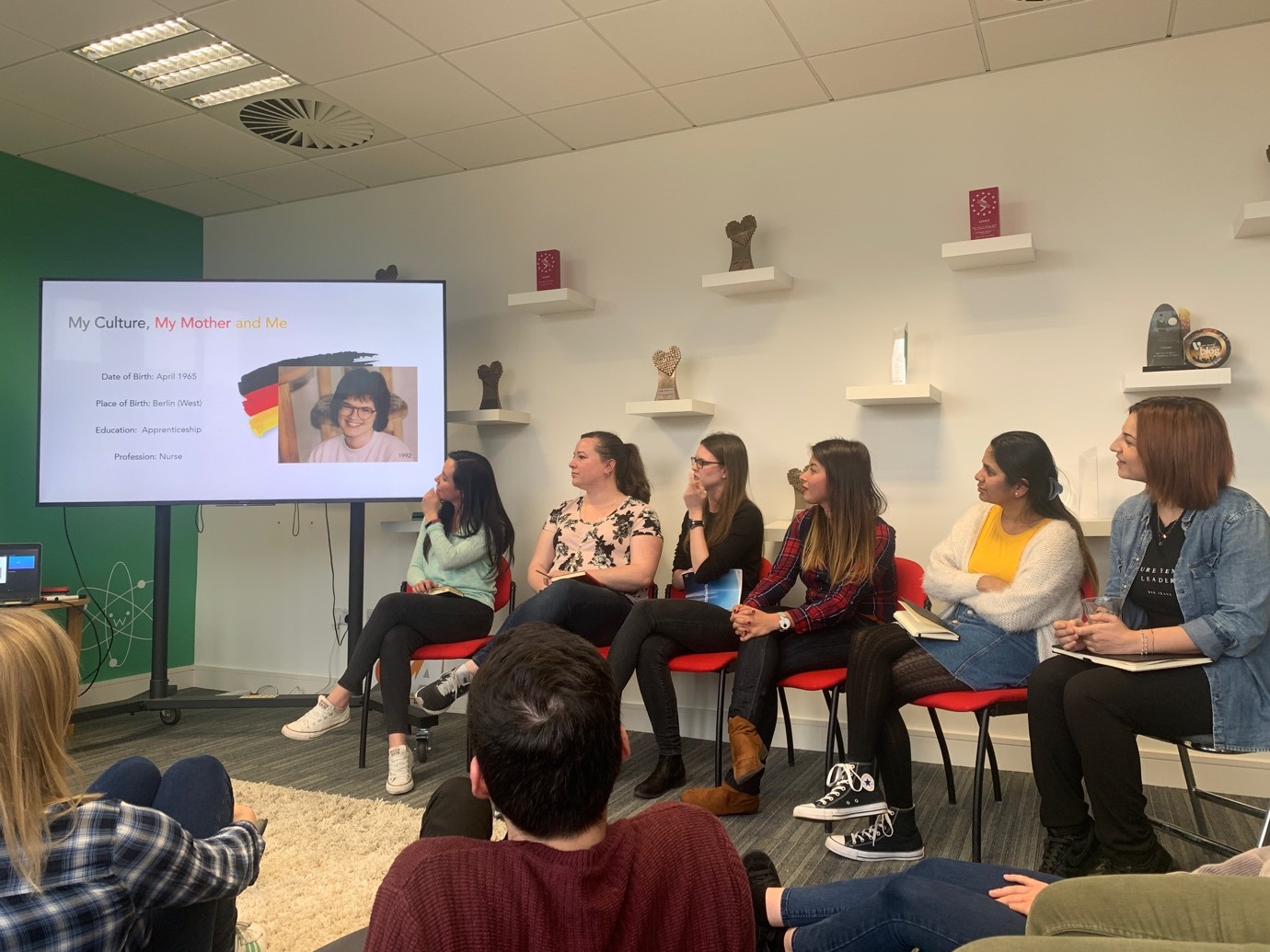 We are lucky enough to have over 66 wolfgangers from 12 different countries working with us.  It’s what makes our company truly unique. It sparks innovation, creativity, employee engagement and continued growth. For International Womens’ Day earlier this year, the She-Wolves (and some of our very supportive Wolfgang men) gathered to celebrate our international women. The title of the session was ‘My Culture, My Mother and Me’ and seven Wolfgang women, each representing a different nationality, spoke about what life was like for their mothers in their cultures and how much progress has been made for women today. It was fascinating,illuminating and brought our team even closer together.

Activism- Fighting for what we believe 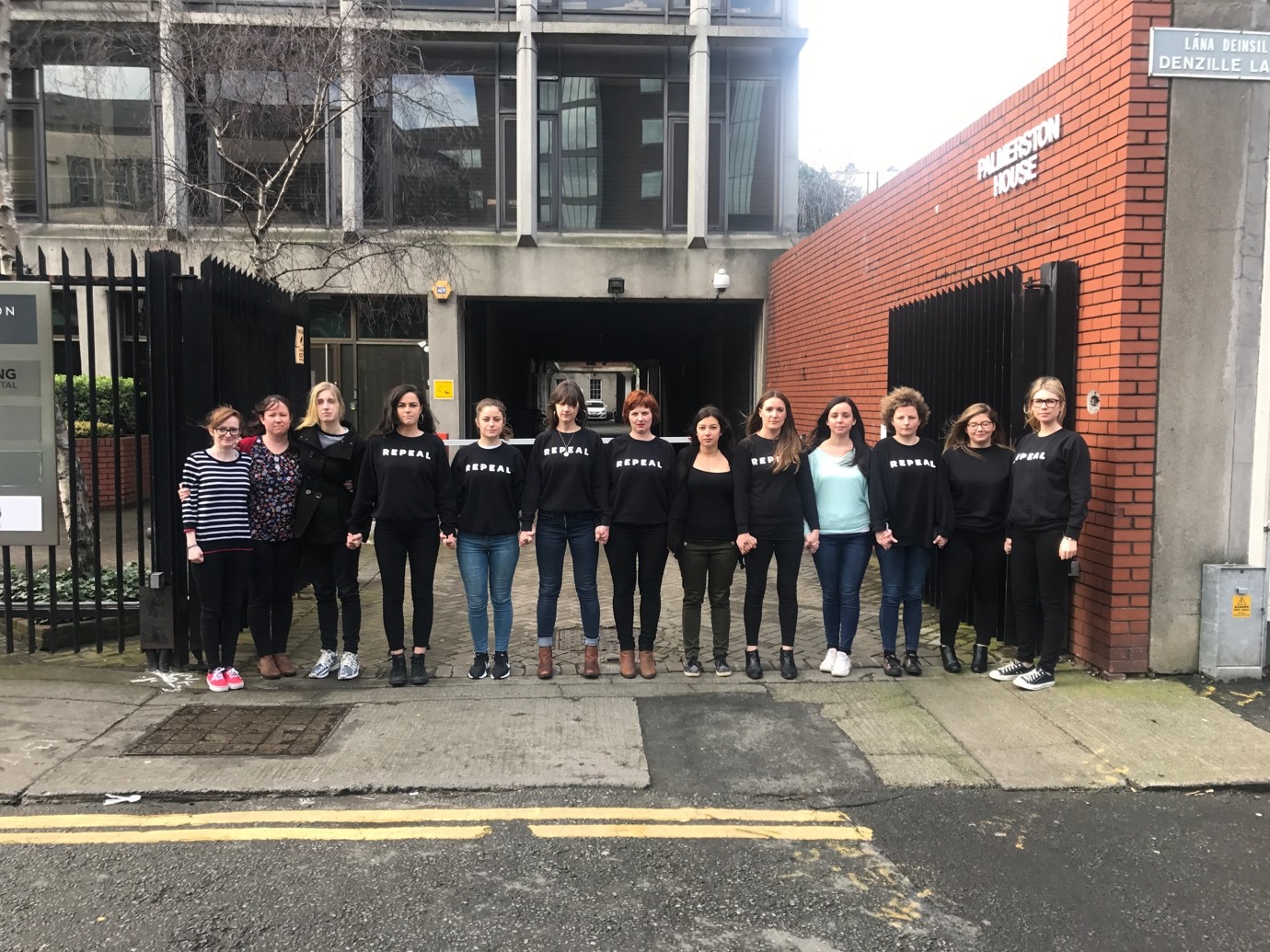 Our commitment to gender equality isn’t just an internal one. Social responsibility is an important part of our culture and we support various causes that our team feel passionate about. In 2017 and 2018, the whole company was involved at various stages in the Repeal the 8th Campaign in Ireland - the referendum to remove legal barriers to abortion in Ireland.

Access to abortion is a human rights issue and one of the most important health care rights for women in achieving gender equality. We were motivated to get involved in the campaign by donating our time and expertise in Social Media to the cause. This case study has won an award in the Drum Social Buzz Awards for “Best Public Sector Social Media Campaign”. Providing meaning for people in their lives can be difficult when you work in advertising, but when the referendum passed and we understood that we played a small part in that, it was a very profound moment for us and one of our proudest. Our next session for community activism will be a discussion on the topic of Bias in Advertising, its effects and how to confront it.

Our ideas for new initiatives are constantly evolving as our Wolf-gang continues to grow. In the next few months, we plan to hold an unconscious bias workshop as a means to involve the entire company in the steps towards change. Equality, Diversity and Inclusion is hugely important to us and an integral part of our business...and it’s here to stay.