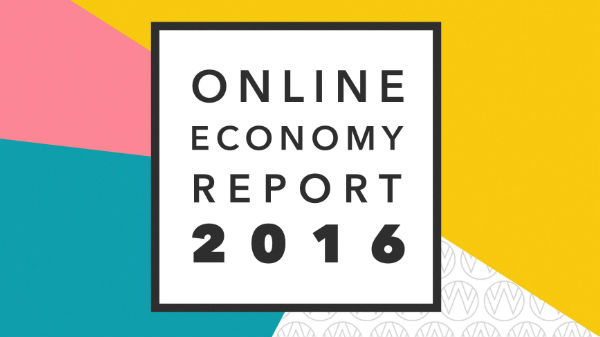 Looking for the latest insights into Ireland's Online Economy? Read our 2018 report

Wolfgang Digital's Irish Online Economy Report for 2016 is here. For a second consecutive year, Irish e-commerce sites have enjoyed a 45% growth in online revenue. With Ireland’s GDP growing by 5% last year, the Irish online economy is charging ahead 9 times faster than Irish economy at large.

Wolfgang's CEO, Alan Coleman was impressed that “Irish e-commerce websites once again showed extraordinary levels of revenue growth in 2016." He believes "we can expect this rampant growth to continue. The online spend represents 6% of the Irish economy. In the advanced UK market, online’s share of spend is as high as 16%.”

Here are some of the key takeaways from our research into Ireland's 2016 e-commerce landscape:

How we conducted the report

Diving into data from Ireland's leading e-commerce sites, we put a finger on the pulse of Ireland's online economy. The participants in our study make up 3% of all e-commerce in Ireland, hailing from the retail and travel verticals. Using this data, we measured growth and trends between 2015 and 2016

Get Wolfgang Digital's free Online Economy Report for 2016 in full and get up to speed with how Ireland's online economy is doing.