Other Articles by Nicai de Guzman 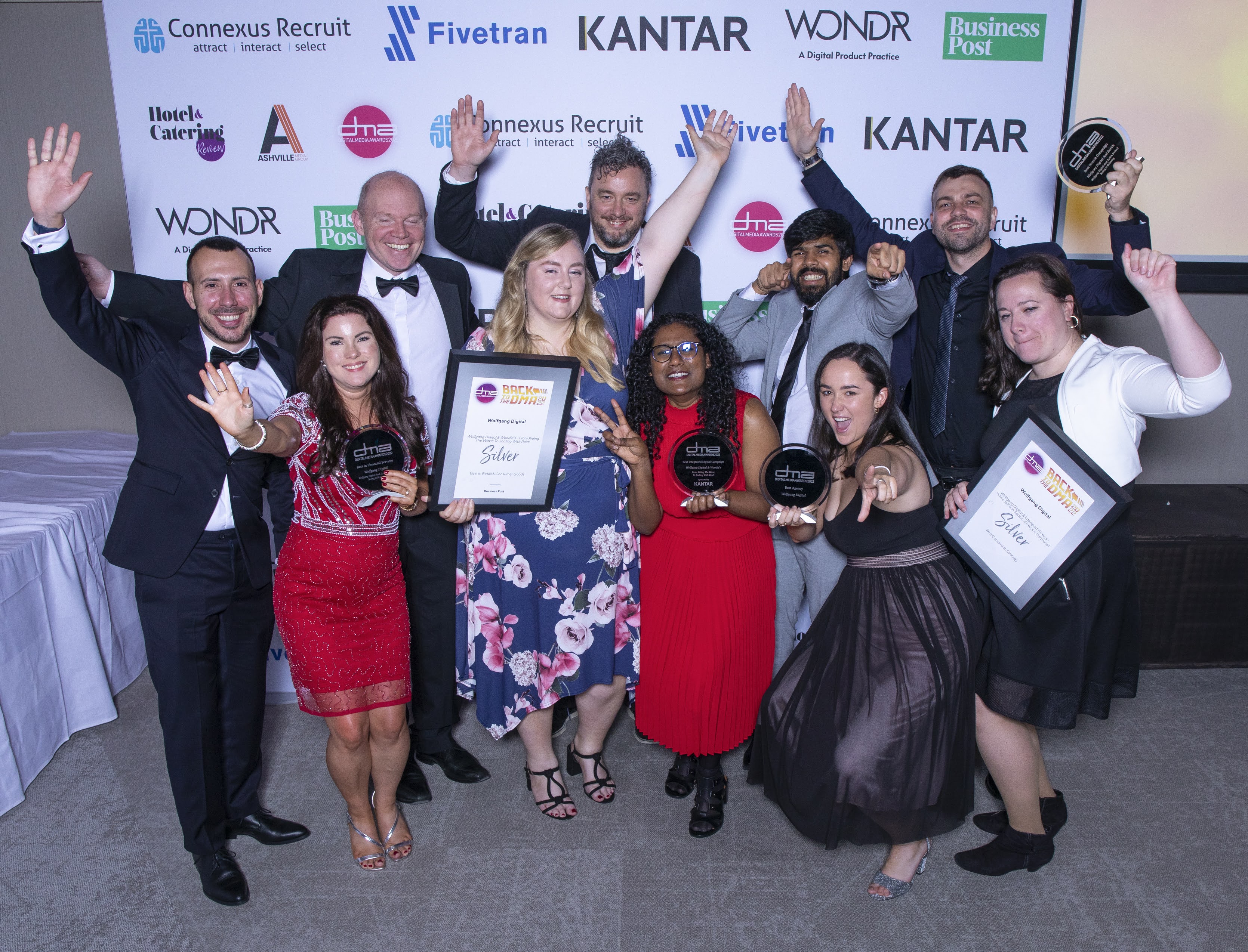 Not only did Wolfgang Digital win Best Large Agency at the 2022 Digital Media Awards, we also took home the top prizes in the following categories:

This is the third year in a row where Wolfgang Digital has been awarded the Best Large Agency trophy at the DMAs.

"Everybody at Wolfgang is absolutely thrilled. Not only did we win 3 highly coveted awards for our clients, but retaining the Best Agency award is the icing on the cake. There aren't many agencies that have won such a prestigious award 3 years running, so it's a testament to the brilliant work that everyone in our team brings every day. On behalf of the company, I'd like to thank each and every Wolfganger for making it all possible."

Now in their 19th year, the Digital Media Awards are considered the most prestigious digital awards in Ireland.

The team behind the DMAs recognise creativity and innovation across multiple areas in digital marketing which is an ever-evolving sector. This includes digital content creation, advertising and marketing, mobile media, social networking, app development, web design and development.

The DMAs are not the only awards where Wolfgang Digital experienced success this year. Wolfgang took home no less than 5 trophies at the 2022 Global Search Awards, including Best Use of Search and Most Innovative Campaign.