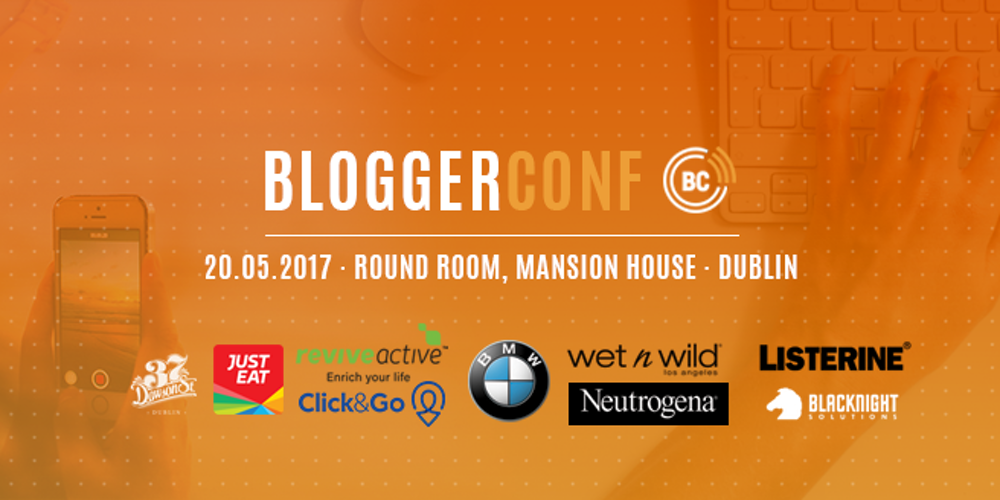 Good day to you SEO fans (Does SEO have fans? Well, the fact that you’re reading this says ‘maybe’). On Saturday, 5 May, I had the good fortune to be allowed take to the BloggerConf stage for the second time in the space of a year. To me, this indicates one of two things: either I didn’t do too bad a job of it the last time of asking, or that there is a serious shortfall of people willing to speak about SEO on a big stage in front of a large crowd here in Ireland and they invited me along out of sheer desperation. Personally, I prefer the former explanation, but others may disagree.

In any case, the slides from my talk are below and there’s a transcript of sorts below that again (wouldn’t be doing my job properly if I didn’t include some nice, crawlable content in my own blog posts now would I?). There are also some interesting ‘further reading’ articles linked to at the end for those who can’t get enough of that wonderful SEO knowledge, as well as other speakers whom I saw at BloggerConf and would strongly recommend checking out.

Just as an FYI, I got some negative feedback on this particular presentation as it did not contain any pictures of dinosaurs (as my last BloggerConf talk did). As we all know, dinosaurs make everything better, but I decided to go for a Rick & Morty theme (if you don't already watch that show, I strongly suggest that you rectify that immediately) this time around. What should my next BloggerConf theme be? I’m very open to hearing suggestions on Twitter.

It is the process of getting traffic from the “free”, “organic”, “editorial” or “natural” search results on search engines.

Taking control of your SERP listings 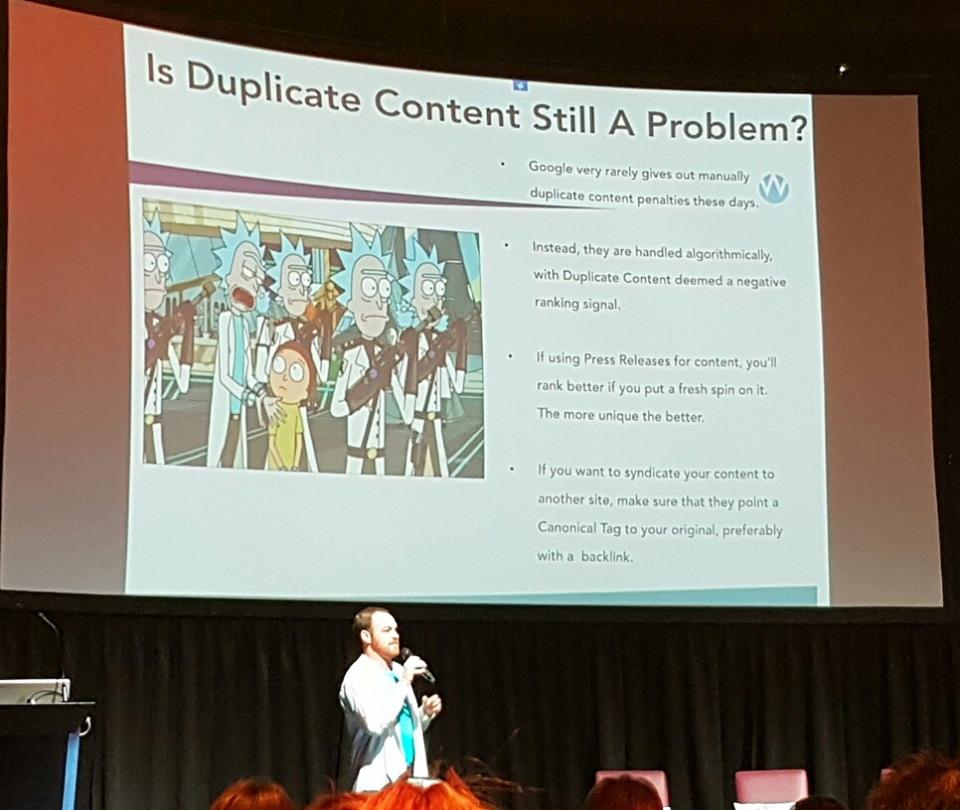 Linking to other sites

While I wasn’t able to stay for the full BloggerConf day, I did get to see a few really good speakers. No doubt, there were a lot of other excellent talks that I didn’t see, but these were the ones I enjoyed the most, so would be worth giving a follow on the ol’ Twitter machine:

Like I said, I didn’t see all of the talks at BloggerConf, so am probably missing out on mentioning some excellent speakers. Be sure to tweet BloggerConf about who your favourites were. I’m sure Emma and co. will appreciate the feedback.

We’re Looking for an SEO Trainee

As I briefly mentioned at the end of my BloggerConf talk, Wolfgang Digital are actively looking for an SEO trainee. That’s right, I’m looking for an apprentice of sorts (or a ‘dark disciple’ if you will) whom I can teach the ways of the Force to. It’s a six-month, paid position with plenty of room for growth and development. It’s actually the same job I started out at Wolfgang with.

For more info give the job spec a read.

For those of you who want to learn a lot more about SEO, but don’t like the idea of hanging out with me for 6 months, Wolfgang Digital run an in-depth, half-day long course which teaches attendees about all sorts of interesting SEO goodness which they can use to get their websites in spick and span order. Consider my BloggerConf talk a brief demo of the Uni course.

Read more about our SEO course.

Not interested in spending money on learning SEO? Well, we have a few more articles here which should give you a few extra pointers and hopefully help you get that blog of yours ranking nicely.